WHY I AM RUNNING FOR CONGRESS?

There are some very serious issues that are being COMPLETELY ignored by Congress right now, to ours and our environments great detriment.  One of those issues is being continually lied to about deadly products and infrastructure that our tax dollars pay for, such as wireless radiation emitting products and infrastructure.  I was given cancer by some cell antennas on a rooftop near my apartment in Santa Monica.  You can read more about my story by scrolling down, but you can also watch a video on our lawsuit against 5G and the FCC… 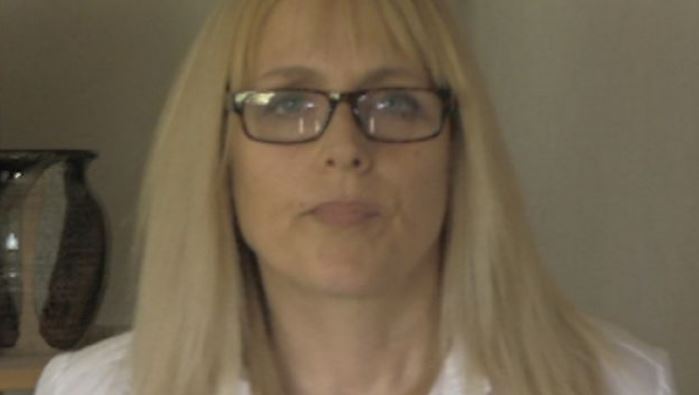 MY STORY IN A NUTSHELL
About 10 years ago I found out the hard way that I was living a block and a half from a stealth cell antenna farm on top of someones roof.  Those are cell antennas/transmitters that emit radio frequency radiation into the air, so people can use their cell phones.  I was a very healthy person, but within a few years of moving into the area, I was getting ringing in my ears, heart arrhythmia, extreme loss of energy, headaches and eventually I was diagnosed with pre-cancerous cells.  I had surgery and was told post op that it had progressed to stage 2.  I contacted my local Santa Monica City Council and tried to get the cell antennas removed, but was informed that due to a legislative bill passed in 1996 called The Telecom Act, the radiation emitted from the antennas had more of a legal right to my property than I did and I would simply have to move.  That’s just wrong but it was becoming a matter of life and death, so I kissed my beloved City of Santa Monica goodbye and I moved, but not before paying the owner of the building a visit.  He told me he was making around $3,000 or $4,000 a month from the antennas on his roof, would fight me and beat me in court and the unlimited resources of the wireless industry would pay his legal bill (until I lost at which point I would have to cover it) because my complaint would be affecting both his and their profits. My own medical bills and that of all of my neighbors cancers well exceeded that amount, but I digress…

OUT OF THE FRYING PAN INTO THE FIRE
I moved from my beloved City of Santa Monica into Topanga, a rural-ish area in unincorporated LA County.  However, unbeknownst to me, there was an early version of a “smart meter” (called AMI or AMR meter – a wireless transmitting meter as opposed to hard wired analog) on the apartment I had moved into.  I ended up with the same symptoms I had in the Santa Monica apartment, only added to it dizziness and nausea.  Unable to be in the apartment without getting sick I ended up sleeping in my car for approx. 8 months while I tried to get the smart meter removed.  In the end, I had to move yet again for the same reason – a wireless radiation emitting infrastructure/device was endangering my health and life and the law was on the side of the industry, not the people.

MY MEETING WITH INCUMBENT CONG. TED LIEU AND HIS STAFF
I am not the only one who has been able to match my symptoms and illness to what is causing it despite the lies we are being told that this radiation is safe.  In 2019 myself and 3 other people who were also matching their health problems with their radiation exposure met with incumbent, Cong. Ted Lieu’s staff, who made clear to us that Cong. Lieu was going to do absolutely NOTHING to help us.  Please bear in mind that we were not his only constituents speaking of our fears over 5G and how our health was being impacted by 3 and 4G, let alone 5G.  I personally witnessed no less than 3 people besides myself all clamoring to speak with him about this issue at a Democrat meeting before he got into his car, a few months prior to our meeting with his staff.  Although Cong. Lieu gave us “lip service” at the Democrat meeting and said he would address our concerns, when it came time to do that, he went silent on us.  This is same the report I received from the others at that meeting as well, one of whom I am in contact with had to sell her house and move.

Now with the roll out of 5G and the existential threat of 40,000 5G WIFI satellites to be beamed down from low orbit space, there is nowhere left for me or others who don’t want to be irradiated to move to ON EARTH that won’t be exposed to this radiation, so I figured it was time to act.

Prior to my decision to run to replace Ted Lieu, I found his obvious ignoring of this problem suspect, particularly after witnessing so many people speaking to him about the same thing – a cell tower or cell antenna outside their home that was making them sick and him doing nothing.  So I looked into who funds Ted Lieu and here is what I found…

84,175 REASONS WHY INCUMBENT CONG. TED LIEU WOULDN’T HELP CONSTITUENTS
The below document is from Open Secrets showing Ted Lieu received $84,175 from the telecom/wireless industry. $84,175 from the Telecom Industry

I have been lobbying for the protection of children since 2008, but my lobbying was cut short due to my EHS (electrosenstitivty – civilian term, microwave radiation poisoning – military term).  However, if I am elected to Congress, they will HAVE to accommodate my electrosensitivity and therefor have to start cutting down on mandatory, involuntary exposure to this deadly carcinogen, genotoxin and neurotoxin.  I promise to make it my lifes mission to address this inhumane and deeply covered up issue of life and death that so many trusting Americans including citizens from District 33 know nothing about.

Here is an old video I made 10 years ago when I was lobbying for The Childrens Wireless Protection Act, ab ill I had brought to Washington that was rejected but was then picked up by 6 states!  My

Book Liz for a Speaking Engagement